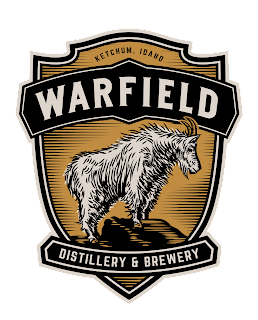 My wife was in Sun Valley for a Conference last week and brought me a Growler of IPA from The Sawtooth Brewery.  She mentioned that there was a new brewery in downtown Ketchum.  This one was not on my radar.  So after some on-line research, I discovered the Warfield Distillery and Brewery.  So I added to my Idaho List of Breweries at #47.

The Warfield Distillery and Brewery opened July 15th at 280 N. Main St. Ketchum, Idaho.
Alex Buck, Heidi Giordano and Jo and Ben Bradley are the owners of this new brewery plus distillery plus restaurant.   Bradley and Buck will be the brewers at Warfield.  Their “beer garden" will be on the roof of he older downtown building.

According to an article in The Idaho Mountain Express: “The rooftop features some of the best Baldy views in town. It’ll have an enclosed bar and three fire pits, as well as a canvas awning. The owners plan to keep it—and the whole restaurant—open year round.”

I believe that this will be the first distillery/brewery in the state of Idaho.  The distillery part will lag behind the brewery opening due to additional red tape issues.  They plan to have a very limited selection of their own beer starting with Toothy Grin British Bitter and Short Pants Hefeweizen. It looks like they will brew the European beer styles in contrast to most Idaho Breweries.

Visit their webpage and Facebook page for more information about Idaho's newest brewery. 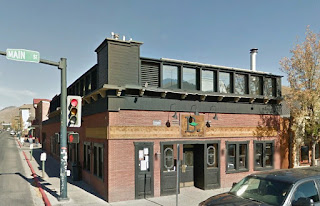 Posted by BoiseBeerCulture at 8:42 AM