Exciting News about a new Brewery coming  to Nampa, Idaho. 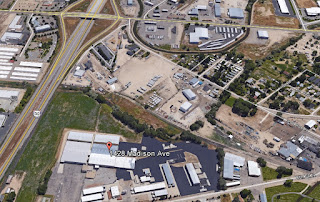 MEBC will be the second Brewing Company to add an Idaho location.  Bend's 10 Barrel Brewing located their second brewpub in Boise two years ago.  10  Barrel knocked down the barriers to other brewing companies moving to Idaho by working hard to change the laws prohibiting breweries from other states adding Idaho locations.

This will be a four vessel, 40 beer barrel production brewery with a tap room and company offices located in a 40,000 square feet facility.  The Nampa brewery will be larger than their Vista Brewery increasing their total capacity to over 100,000 beer barrels per year with plans to ship their beer throughout the Northwest.

About their beers:  Sin Tax Peanut Butter Stout is one of their more unique beers. This Beer won the Gold Medal for Specialty Beer at the San Diego International Beer Festival.

Their other beers can be found on their website listed below.

One of the cool things about this brew company is that they have maintained  close ties with the Home brewing Community offering hands-on brewing classes on a 10 gallon system and selling home brewing equipment and supplies at their Vista location.  I hope they will also do this at their new Nampa location.

This will be fourth Brewery with a planned opening in Idaho in 2016.  See complete list here:  List of Idaho Breweries.  Idaho will have 54 breweries in operation when these four breweries open for business.  That will give Idaho one brewery for every 30,000 people.  This will be the second Brewery in Nampa joining the Crescent Brewery Downtown Nampa.

City of Nampa reports a welcome event/tasting Oct 23rd 3-4:30pm in Wall Street, Downtown Nampa. Hayden will be their distributor and ME beer should hit Idaho shelves this month.  Thanks to Troy Oppie for this tip.


Posted by BoiseBeerCulture at 9:31 AM