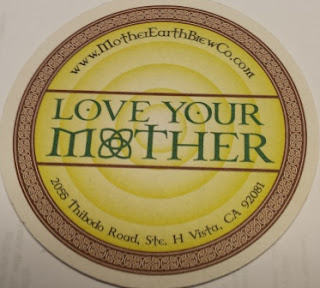 Jana Jones, Director of the Economic Development Services started the press conference by reading a statement from Governor Otter welcoming Mother Earth Brew Co. to Idaho.  Then Bob Henry, the Mayor of Nampa, Idaho talked about all the jobs that Mother Earth will bring to Nampa and Canyon County.   Finally Jana introduced Daniel Love, co-founder and general manager of Mother Earth Brew Co. to the enthusiastic crowd composed the local craft beer fans. 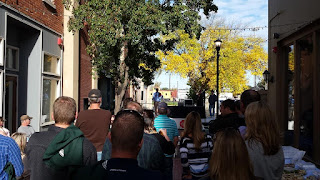 Daniel  Love Talks to the Crowd at Wall Street Nampa next to Prefunk Nampa in the above photo:  Click Here to hear the six minute talk.  Dan explains the origins of Mother Earth and how Mother Earth came to Nampa, Idaho. I found it very interesting that Mother Earth has many ties to Stone Brewing.


Daniel Love Meets Mike Francis, Owner and Operator of Payette Brewing Company in the photos below: 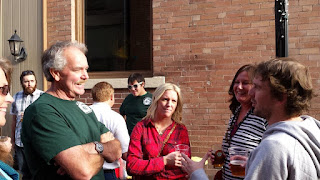 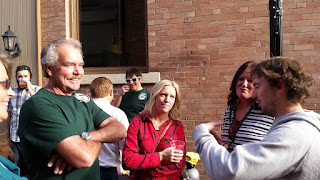 Mother Earth and Payette will be the Two Largest Breweries in the State of Idaho by the end of 2016.

It looks like the new Nampa location will be ready in February to start construction and most of their major brewing equipment should be ready to ship in March.  They are hoping to start production in June 2016 with their tap room opening shortly thereafter.

Kamron Khannakhjavani and Mike Westley from Mother Earth also accompanied Dan to the Event.  After the event was over and most of the crowd had left,  Dan mentioned that he would like to meet Jerry Fergusson, the owner of the Crescent Brewery.  So Stacy Connelly (Boise Beer Buddies), Dan, Mike, Kamron, and my wife and I all walked down to the Crescent Brewery just three blocks down the street.

The Mother Earth guys got to meet Jerry and tour the Crescent Brewery and sample some of the Crescent Brewery's finest beers.  It is very important to Dan to become part of the Idaho Craft Beer Community and work with all his fellow brewers in the area.

On the walk back to Prefunk, Daniel Love talked about the "lack of a Local Beer Culture in Idaho comment." The comment was actually from Brandon Hernandez, a writer for a local beer magazine in San Diego.  In an article that he wrote about Mother Earth opening a Nampa plant, he  wrote "At first, it may seem a bit of an odd choice, constructing a second production facility so far from home, and in a part of the country that lacks a defined craft beer culture."  Dan said that he and those at Mother Earth who planned the Nampa Brewery are very aware of Idaho's current and growing Craft Beer Culture.

After meeting Dan, Kamron, and Mike; I know these guys will be a perfect fit for our Idaho Craft Beer Culture.

Check out the Nampa Logo for Mother Earth Brew Co. below: 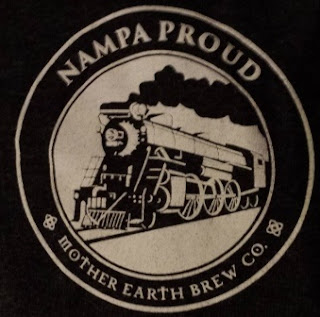 Logo is a photo from the shirt.

Another Story about the History of Mother Earth


Posted by BoiseBeerCulture at 1:05 PM