This will be brief.  I was going to  do a longer story with interviews, but as I began my journey  of drinking 30 four ounce pours, I lost my way. Check out the menu below.  That is an impressive list and the main reason that I lost my way. 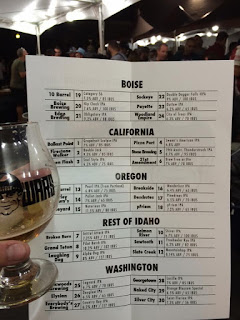 I arrived early...about 3:00 and checked out the layout.  I talked to Whitney, the Beer Wars General, and she said they were almost ready to  go.   Then  I returned to to the 10 Barrel Brewery and Restaurant to eat my Fish and Chips and prepare to start tasting beer with a full stomach.  I was fortunate to have a Designated Driver, so it was "No Holds Barred" for trying all those IPA's.


Celeste Giordani is one of the volunteers that wore the Army Brown Shirts and the Camo Beer Wars Hats: 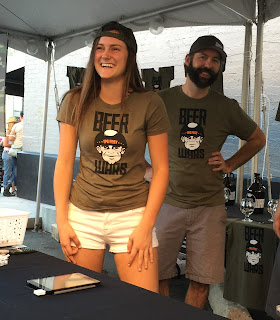 It  cost $5 for the taster glass (A nice collectible for your collection). Only $1 per chip that  got you a generous 4 ounce pour.  There were 5 booths pouring beer from 4 States...Idaho, Washington,  Oregon and Idaho. Idaho was divided into 2 categories....Boise and The Rest of Idaho.

Snake River Brewers were represented by Bob, Mike, Derek, Joe and Chris!  They were doing their best to empty those Kegs.  Steven Koonce was there doing his part too. Plus too many familiar faces to mention.  Great turn out by Boise's Craft Beer Drinkers!

Stacy from Beer Buddies was represented: 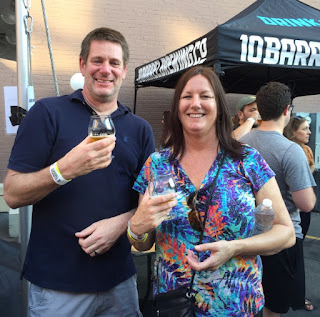 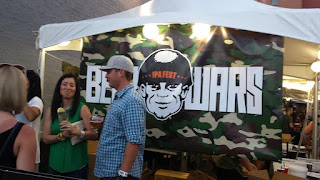 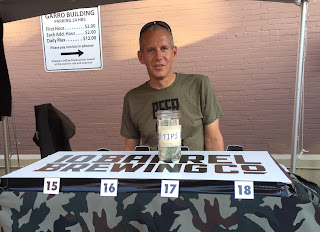 Okay, the  funnest part was trying  to identify the Breweries and the States.  Consensus among friends was that Beer # 1 was Grapefruit Sculpin IPA from Ballast Point, So we identified the California Booth.  The next beer we agreed on was Double Dagger IPA from Sockeye and Outlaw from Payette, we had the Boise Booth identified.  I was pretty sure that #9 was Alpha Dog IPA from Laughing Dog.  So that was "The  Rest of Idaho"!  So we had three of the five I.D.'d, only two to go.  We really had a hard time with beers #25 to #30, we figured they had to be from Washington which meant the last group had to be from  Oregon. And #14 was Pallet Jack IPA from Barley Browns.  It was just so  familiar, I was sure that I had  drank it before.  So we pretty much had it figured out by 7:00 PM when they announced the beer identities.  California Won, but  with Firestone Walker Double Jack and the Ballast Point Grapefruit Sculpin, how could they lose.

Blind Tastings are challenging and fun.  I had a lot of fun tasting with my buddy Mike,  We shared our Chips so we only drank two ounces per beer.  It was a good strategy, because 120  ounces of IPA's  ranging in ABV from 7% to 10% would have hurt me.  There were a lot of Imperial and Double IPA's in the group.


The Protesters Across the Street (Beer is Evil): 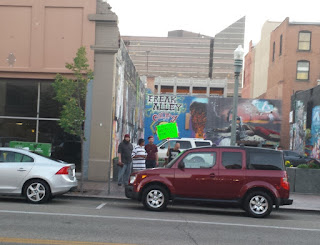 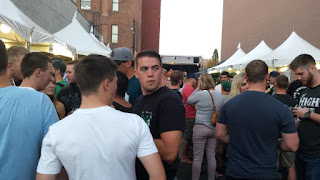 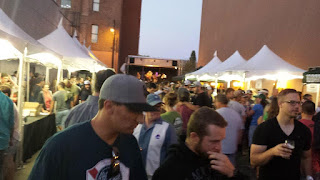 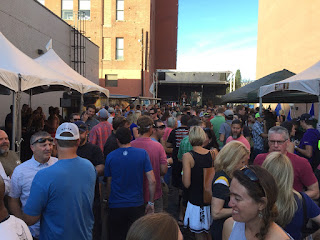 And the winners were:

And they were All winners in my book.

***Some of the photos provided by Stan Brewster****

Posted by BoiseBeerCulture at 1:57 PM